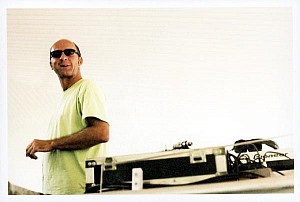 DJ Cosmix, born in March 1961, began his electronic dance music at the age of 30, after his India trip / Goa. While living in Frankfurt am Main, one of the largest European cities at the time of the techno music, he got psychoactive techno, as well as rythmic and Moody trance sounds, to
compile his first own mix tapes.

His career began in 1993, with the gig at a party in Berlin, during the Love Parade. He produced his first musical production in the same year, a few weeks later, with “X-Dream” from Hamburg. This is known as “Moondust E.P.” at Tunnel Records. the European transcendence scene was extremely popular and sought after. In 1994 he produced “Kumba Mela E.P.” with Etnica in Milan / Italy for Matsuri Productions London. Numerous other productions followed in the coming years.

Also in the year 94, he was invited to the turntables for “Voov Expierience”. He was followed by a lot of international appearances like Matsuri LabelParty Paris / London, Gaia in France, Return to the Source in London / Tokyo, New Year in Guadeloupe (FWI) Zoom-Streetparade / Zurich, “The total Eclipse” as well as the “Solipse” in Hungary etc.

His collaboration with the Earthdance of the year 1997 can not be left unexpected. Earthdance is a global association of international organizers (in 2009, more than 300 events in 60 countries), whose goal is to combine the positive forces of modern electronic dance music and dance culture for humanitarian purposes and a global awareness of peace and freedom. The funds raised at that time were donated to projects in the exile area of the Tibetans in North India and Cosmix was invited to a private study at the Dalei Lama in 1998!

At the moment, Cosmix is back in the studio in Cologne where he works together with Phillip Trancefeld on his new production!