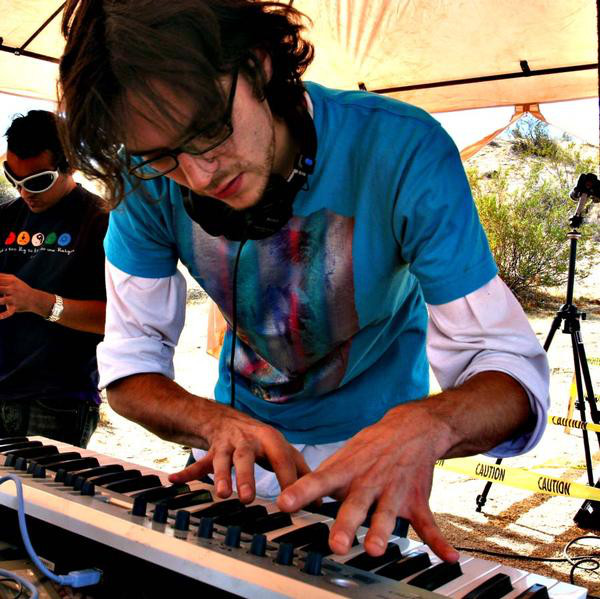 Konflux is a solo project of the US based DJ and producer Vasily Myazin. Born and raised in Russia he relocated to the states in 2001. Living in Los Angeles and frequenting San Francisco he soon gained recognition within the local psytrance communities.

Having over ten years of experience in producing multifarious styles of electronic dance music, Vasily began making psy-trance in 2004. A light-hearted, elegant, yet pounding and groovy style can be roughly described as “a blend of Light Night and Heavy Morning Psychedelic Music“. Rock, Jazz, [Happy] Hardcore, Drum’n’Bass, Techno and House have all made significant contributions to his style.

Konflux has spun across the United States alongside a multitude of international acts, participating in major events like Gaian Mind in Pennsylvannia, Burning Man in Nevada, Boom Festival Radio in Portugal and countless California outdoor gatherings.

Konflux has tunes released on UK’s Phar Psyde, Italy’s Looney Moon and Pixan, and Israel’s Doof Records. More original tracks are on the way for 2009. He also has a currently inactive collaboration project Jetlux with the LA based producer Jeto, with releases on Divine Balance Records from Chicago and on Mumbai based Sonic Tantra.